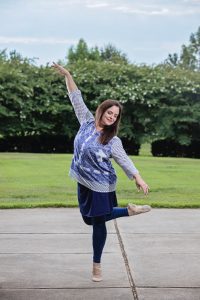 Cynthia grew up in the dance studio watching her mother teach dance. She quickly developed a love of ballet and the rewards of teaching. Opening a dance school with an emphasis on honoring God combined with the highest possible teaching standards is a dream Cynthia has had for some time.  She loves directing SC Christian Dance Theater and looks forward to each new year.  Each of our ten years we have grown beyond our expectations.  What an exciting adventure it has been!

As a student, Cynthia studied with the Miami Conservatory and Greenville Concert Ballet.  She attended the North Carolina School of the Arts on scholarship for part of her High School years until she noticed a tug on her heart to make God more of a priority in her life.  Cynthia first taught dance in Hickory, NC, while completing high school.  She discovered singing as another gift from God and traveled regionally as a guest singer and speaker.  She earned a BS in Business from Oral Roberts University, taught ballet for Eagle Wing, started the ORU ballet club, and danced with the Tulsa Symphonia and ORU as a guest artist.  She also danced in the regional stock theater production of  “Oklahoma” for a summer season.

After college, she taught for 2 years in Raleigh, NC as Assistant Director for Lehman Studios, then with the talented faculty of Arlington Center for Dance, Arlington, VA for 7 years. Many of her students have gone to dance in summer programs with Houston Ballet, American Ballet Theater, Ohio Ballet, Cincinnati Ballet, Virginia School of the Arts, and Boston Ballet.  She moved to Atlanta and taught with the Atlanta Ballet Center for Dance Education, the Gainesville School of Ballet and the Buford School of Ballet.  She was asked to develop a ballet syllabus and train teachers in many of these schools.  Here in South Carolina, she served as adjunct faculty with the University of South Carolina School of Theater and Dance instructing ballet for 3 years.  Cynthia holds a teaching certificate with the Royal Academy of Dance, London, England and is an affiliate of the International Dance Acclaim New York.  She frequently attends teacher’s courses to be inspired and updated with the latest in training dancers. Cynthia is married to David and has two great sons! 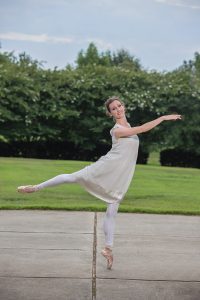 Erin Elizabeth began her formal ballet training in 1990 at the Virginia Ballet School and Company. Under the direction of former Ballet Russes dancer Oleg Tupine and his wife Tania, Erin Elizabeth was instructed in Russian classical ballet and folk dance. During her time with Virginia Ballet she performed such classics as The Nutcracker, Sleeping Beauty, Swan Lake, and Raymonda as well as attend summer programs at Richmond Ballet, Pennsylvania Ballet, and Boston Ballet. In 1995 Erin Elizabeth was invited to perform in Novgorod, Russia to celebrate the 1,000 anniversary of the city. Upon her high school graduation in 1996, Erin Elizabeth went on to dance professionally with Southern Ballet Theater in Orlando, Florida from 1996-1998. She was invited to be a part of American Jewish Ballet and performed with them at the Spoleto Festival in the summer of 1998.

After Florida, Erin Elizabeth took a dance break and attended Valencia Community College and received her A.A. in Education. Erin Elizabeth found that she really missed dancing and took a contract in 2002 with The Georgia Ballet under the direction of former principal dancers Gina and Januaz Mazon of Hamburg Ballet. With Georgia Ballet Erin Elizabeth danced many principal roles. Some of her favorites include: “Shall We Dance?” pas de deux by John Neumeier, Waltz Girl in Serenade by George Balanchine, Princess Aurora in Sleeping Beauty, Giselle in Giselle, Grand Pas Classique, and Sugar Plum Fairy in The Nutcracker. She also taught in the school of The Georgia Ballet.

After eight seasons with The Georgia Ballet, Erin Elizabeth went on the guest perform all over the country and continued teaching for Atlanta Ballet Centre for Dance Education, and North Atlanta Dance Academy. While rehearsing for Swan Lake with North Atlanta Dance Theater, Erin Elizabeth met her husband Tory Morton. Upon their marriage Erin Elizabeth moved to South Carolina where Tory was in school studying Physical Therapy. She joined SCCDT in the fall of 2012 and was gifted Assistant Director in 2015. She is also adjunct faculty at The University of South Carolina teaching in their Theater and Dance department and coaches individual dancers for Youth American Grand Prix.

“God brought me to SCCDT from a professional career in the secular dance world. Until coming to SCCDT I had no idea that you could combine the art of dance and the love of Jesus. I had spent my entire life with them separated. It is with such joy that I am here at SCCDT and daily I am humbled by the incredible love of the staff and dancers. I have grown so much in my own walk with the Lord because of SCCDT. It is an amazing blessing to be a part of this school where we get to work with excellence in both great technical training and in glorifying God! 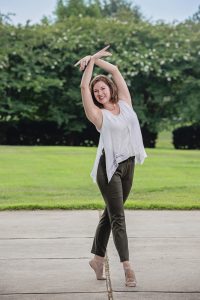 A South Carolina native, Douglas grew up and began dancing in Lugoff, SC. At age 10 she started dancing at The Columbia Conservatory of Dance and performed in numerous Columbia City Ballet performances including The Nutcracker; dancing the role of Clara. In 2005 she moved to Boca Raton, FL to attend a boarding school for Classical Ballet.  She later graduated from The HARID Conservatory of Classical Ballet in 2010 and went on to receive her B.A. in dance performance from Point Park University and the University of South Carolina. She has performed leading roles in many ballets, a few of her favorites are Paquita, Charleston City Ballet’s Red, Balanchine’s Allegro Brilliante, Serenade, and Lyn Taylor-Corbett’s Great Galloping Gottschalk.

“Each time I walk through the front door of SCCDT, I am reassured and my faith is strengthened. There is such a strong and loving bond among the students and staff it is truly inspiring. Everyday I thank God for leading me here.” 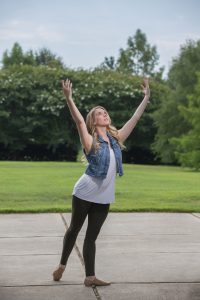 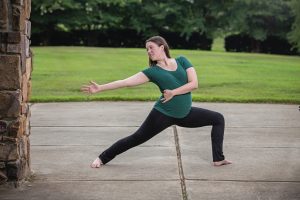 Lea McKinney grew up in the sunny state of Florida and began dancing at the age of 5 at a local dance studio. Upon entering high school she was fortunate enough to attend a Visual and Performing arts magnet school where dance was half of her school day. She has had the pleasure of working with companies such as West Coast Civic Ballet, Power Company Dance Collaborative, and DanceWordz Ballet. She also has her Bachelors of Fine Arts in Dance Performance and Choreography from Columbia College.

From Lea: “I feel so blessed to work at SCCDT. I love the way that there is sound Christian teaching alongside strong dance training that produces both strong Christian youth and great technical dancers. It is hard to find a place that does not sacrifice one for the other. When I decided to pursue teaching I was not sure where to go because I had such a bad experience with secular studios in the past. God set up many divine appointments with teachers and students of SCCDT that lead me here and I couldn’t be happier.  We serve such an amazing God and here we get to teach how amazing he is while we praise him with our dancing. That is worth so much more then I can put into words!